March was a pretty full month for us. We moved houses, became first-time pet owners since being married, and my first college room mate and good friend came out to visit for a few days.

Moving houses was pretty straight forward. We love the new place, and although it has been several months since moving in, I think I will always be moving, arranging or decorating to make it feel more like home.

The new house and yard. We love all the trees and space!

The dogs were bought from a vet in town. Since the new house has such a big yard, Colton wanted a German Shepherd for a guard dog . After being persuaded by friends that having only one dog is not a good idea because he will get lonely, we bought the 2nd dog..a little white fluffy Japanese Spitzer. He’s pretty cute. 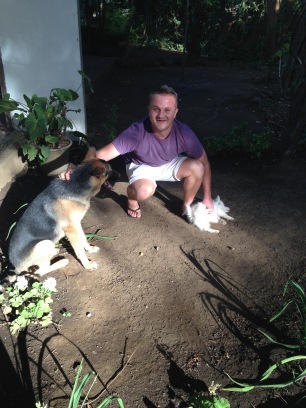 My friend who came to visit works at a boarding school in Germany and since its not too far (compared to flying from the U.S.) she and one her co-teacher decided to pop down to Tanzania on their spring break.

The girls arrived on the KLM flight and we were so excited to pick them up! The last time I saw my friend was at our wedding, which doesn’t really count because we were hardly able to visit during all the festivities.

Since it was their spring break they only had a few days to spend with us before heading back to Germany. We made the most of it by taking them to the Masai Market for souvenir shopping, my friends bridal shower plus dinner out, a safari/game drive and a day trip out of town to Maji Moto.

Bridal shower for my good friend and co-worker

Bridal shower for my good friend and co-worker

‘Maji Moto’ means ‘hot water’. This is a natural spring in the middle of the dessert that is considered ‘hot’. The truth is the water really isn’t hot, or warm for that matter. But its not ice cold. Every now and then there is a current of warmish water that comes out of the underground cave/volcanic vent. 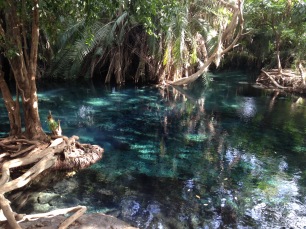 This is one of the most beautiful and natural places Ive seen here in Tanzania.

Colton swinging from the tree

The safari was quite eventful. We were able to see several lions, including two female lions climbing a tree right next to the road. Tree-climbing lions (a rarity) have been rumored to exist in this park, but we, along with most people, had never seen them…until that day. It was very exciting for us all! 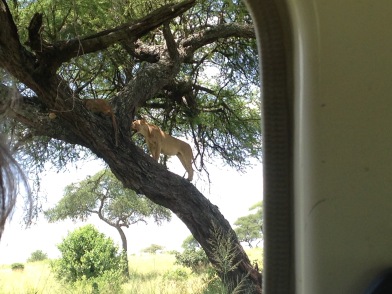 It was so great having old and new friends come out to visit. We love being able to share our lives with friends and family.

Really blurry! My friend old room mate on their last night in Arusha

My old room mate on their last night in Arusha

Welcome to my blog! I’m Anna – a graphic designer, wife, new mom, and an Oklahoman living in East Africa with my amazing husband. This blog is my humble attempt at trying to keep track of the adventures, travels, experiences and lifestyle that we go through on a day-to-day basis. Work and life can be hard and challenging out here, but the fun and adventures we get to have along side it are worth it ;) I hope you enjoy!

Casual + comfy 🙌
Love how this minimalist elephant logo design came out 🤍🐘
Morning sun + coffee field walks 🙂
There is something so peaceful, self-reflective, and raw about traveling to remote areas of the world not many people have been to 🤍
Friday afternoon feels 🥰
Storm clouds + palm trees 🌴🌴🌴