Since our move down south life has been pretty busy. Its been non-stop of guests (mostly family), small traveling (mostly with family), and of course work. We live about 45min outside of Sumbawanga town, where Colton’s office is located. He makes the commute everyday and still finds time and energy to go on a run or long walk with me, workout, and help me with dinner…he really is the best!

Personally, I have not been quite as busy as Colton has with work. But that’s ok. I have my ups and downs regarding my work. The truth is, where we are located is relatively behind compared to the rest of the country (which is saying a lot), especially when it comes to companies or small businesses needing design work.

Despite sounding like life is boring and there is nothing for me do….that’s quite far from the truth! I spent the first 2-3 months of living down here getting the house organized, unpacked, set-up, rearranged, etc. There was a period where every weekend we were either down with Colton’s parents or they were up visiting us during the weeks. In between visits with family I have gone with Colton to some of his village meetings, looked at farms, and done some serious exploring on bikes and motorbikes. 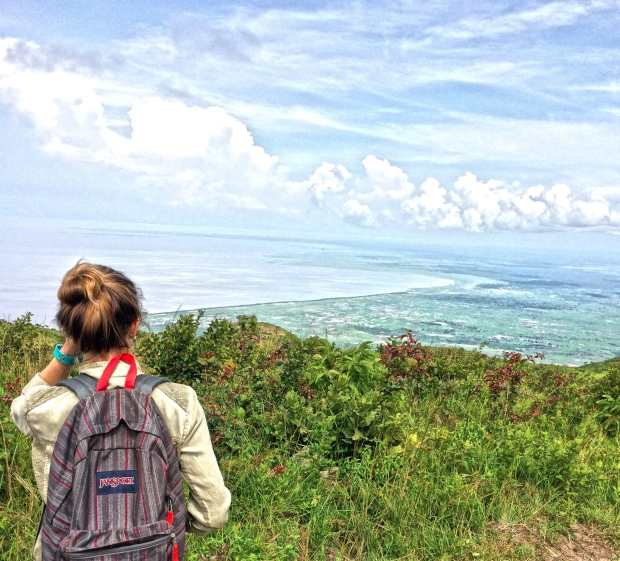 Over looking the Rukwa Valley and Lake Rukwa

A few months back Colton’s mom, sister, and I decided we needed a ‘girls trip’ to get back to some kind of civilization. Colton escorted me through the villages and muddy, slippery roads to the top of his parents road where we met his mom and sister. The three of us continued in my car to Mbeya while Colton returned to work. We stopped at a very cute and delicious coffee shop after the 6 hrs journey to Mbeya. The funny thing is this shop would be nothing special in the States – still very cute with delicious coffees and treats, but to us, walking into the shop was like walking into a luxurious cafe with specialty drinks and treats you can’t find anywhere else. It was so refreshing!

We stayed the night in Mbeya then continued for another 4hrs to Lake Malawi (or ‘Lake Nyasa’ as known by Tanzanians). Here we stayed for 5 days at a simple yet comfortable lodge on the beach shores of the lake.

Most people probably dont know much about Lake Malawi. It is a clear fresh water lake with beautiful sand beaches. The lake has a noticeable tide and is also one of the deepest lakes in the world. Scuba diving and snorkeling are main activities on the lake. 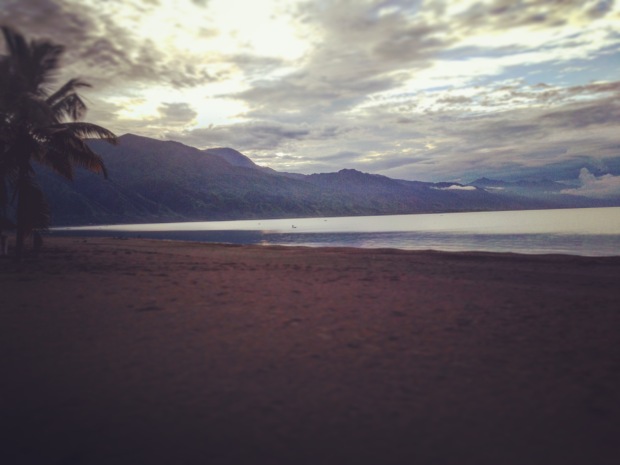 The lake is also known for a special type of fly that hatches on the water, swarms up hundreds of feet in the air while mating and laying eggs, then dying, and repeating the cycle with the next round of newly hatched flies. When this phenomenon occurs it appears as dark clouds or smoke plumes rising up out of the water – when in fact its just millions of flies. I know, it sounds gross, but they usually stay on the lake. Its not super common to witness such a phenomenon. We did not see them while there, however a few weeks later Colton and I took a trip there and while in a canoe on the lake I noticed what looked like brown smoke rising out of the water farther out on the lake. It was the flies. Quite amazing to witness. As we were so far away when we saw them they don’t appear in any pictures we tried to take….so you’ll just have it imagine it.

So our girls trip was great. We relaxed, tanned, ate delicious food, watched chick-flicks, ate chocolate, and just enjoyed the time together.

River inlet to Lake Malawi/Nyasa. Apparently there are load of Crocs and Hippos in this area…thankfully we did not encounter any!

A few weeks later Colton and I took a trip there for Easter weekend and time to ourselves. We realized as we were planning the trip that we have not had a vacation together, just the two of us, in over 2 years!

We met Colton’s parents in Mbeya for dinner. They were on their way to Arusha for a few days. We ate breakfast with them the following morning before we went our separate ways. We were at the beach just around lunch time. It was very enjoyable, relaxing and much needed.

A few more weeks at home, working on the house, planning my sisters trip out here (oh yea, my two youngest sisters came out to visit…There will definitely be a post about their trip later!), and other random projects around the house.

For my birthday Colton surprised me by taking us away for the night to Lake Tanganyika. We left early enough to be there by lunch time, and returned the following day after lunch. It was amazing.

Lake Tanganyika, like Lake Malawi, is a clear, fresh water lake known for its amazing scuba diving and snorkeling. It is the second oldest freshwater lake in the world, second largest by volume, and the second deepest. It is also the world’s longest freshwater lake with Burundi, Tanzania, Zambia, and Congo on its shores. From our location we stared across the lake at the large mountains and rainforests of The Congo. Quite spectacular.

Since we were there for such a short amount of time we only snorkeled just in front of our room. We saw some small fish in the clear water, but all the larger fish worth seeing are all out deeper in the lake around rock formations. It was a wonderful birthday shared with my best friend. 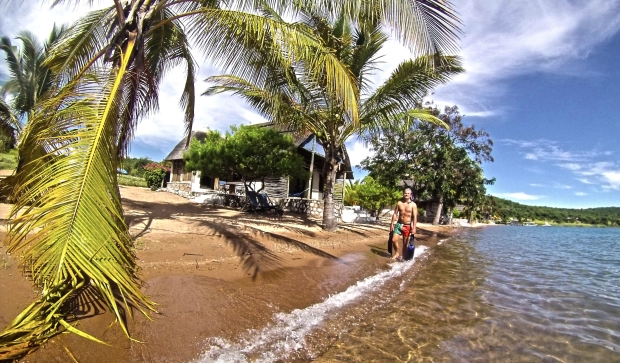 Our cute room on the shores of Lake Tanganyika 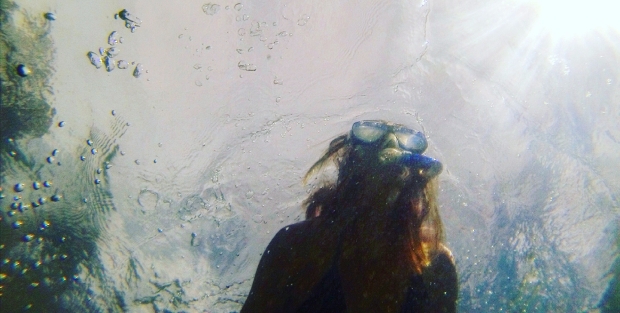 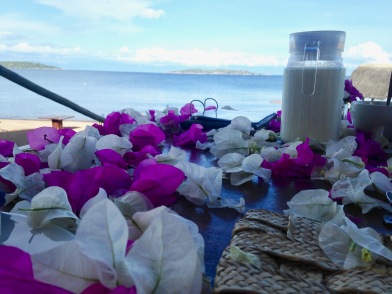 Relaxing at our room at Lake Tanganyika 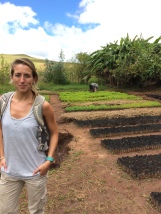 Tree nursery near our house

Girls trip – Pizza and a movie!

Flat tire – on the job with Colton 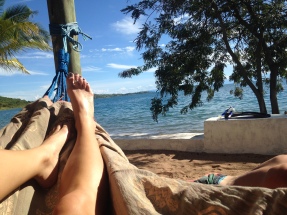 Relaxing at our room at Lake Tanganyika

Exploring and shopping in the market – Sumbawanga

Our cute room on the shores of Lake Tanganyika

Waiting for a flat tire to be changed – TIA

Coffee in bed at Lake Tanganyika 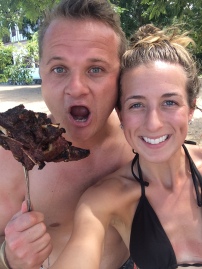 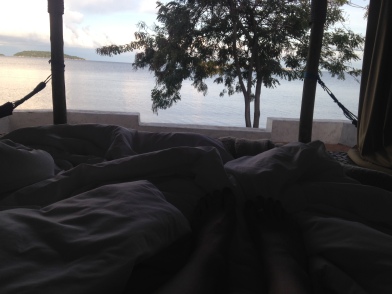 View from our bed at Lake Tanganyika

Tree nursery near our house 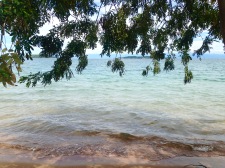 Lake Tanganyika from our room 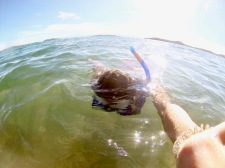 Welcome to my blog! I’m Anna – a graphic designer, wife, new mom, and an Oklahoman living in East Africa with my amazing husband. This blog is my humble attempt at trying to keep track of the adventures, travels, experiences and lifestyle that we go through on a day-to-day basis. Work and life can be hard and challenging out here, but the fun and adventures we get to have along side it are worth it ;) I hope you enjoy!

Wine + Wildebeest
9 days until we walk this street in person! 🌴🤍
Poolside drinks over the weekend 💦🙌🤍
Christmas inspired coffee cup ☕️ 🤍🎄
Throw back to when we spent a few weeks State side soaking up all the cousin and family time ❤️❤️❤️
The count down has begun for our Christmas Vacay and I can not wait! 🌴🎄💦